I’m nearing our Sonic Pi unit and have been looking for sample projects that are non-EDM oriented. I’ve seen a few more serious classical projects, but frankly, I view classical and EDM to be very similar and faves of my own.
However, if I could find examples that touch on less than obvious genres, like general rock, metal or even … country (whew), that might help some of the students less EDM aware or friendly.
I’ll note, we’ll be working strictly with in app synths/samples and imported samples, so no midi connections, etc.
Thanks.
Chris

Don’t know whether you consider it ‘less than obvious’ compared to EDM, but there are a bunch of folks who have been making things that they consider to be pop music, in case that’s also worth looking at?
A few quick examples from a search in the forum:

Yeah, I admit it! But, I’m still learning here

@raia says she has been making pop music amongst other things: Looking for someone who can make pads - #2 by raia

Here’s a video someone made of the beginnings of scripting a metal track with Sonic Pi: (no code documents linked to anywhere, but it’s clear enough to see what they’re typing in the video) 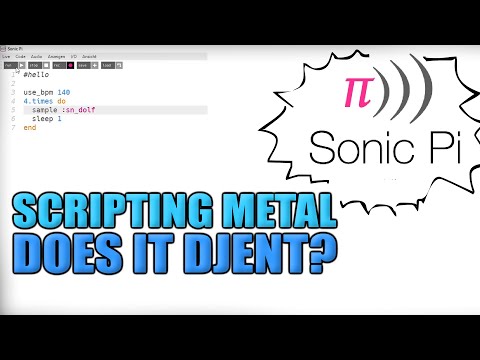 Here’s someone recreating a section of Smoke On The Water: 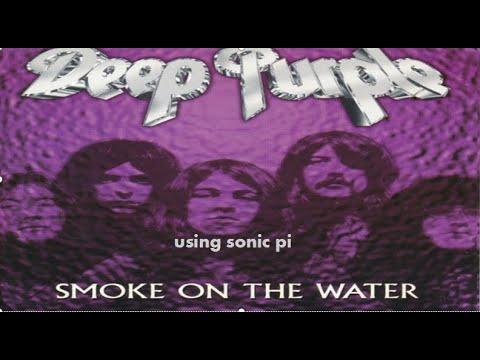 And here’s a tutorial from a while back from @Davids-Fiddle about how to create a ‘punk-rock’ style: 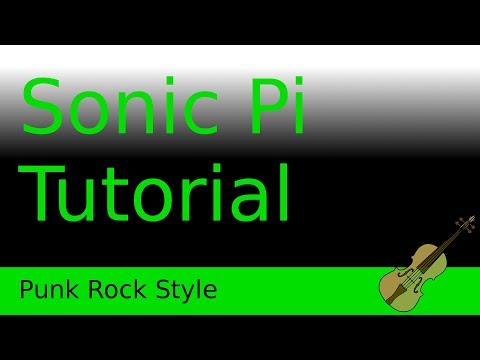 Thanks… admittedly I didn’t think to search “pop”. Pop music without vocals it weird.

It has a lot of variety in the way it’s put together, so I think it’ll serve a good purpose.

As for these more rock oriented projects, I guess they explain why so many rockers don’t like electronic music. It’s hard to emulate the energy of a real guitar without a lot of samples. To me, the Smoke on the Water sounds like a 90s video game soundtrack and the punk track (I actually did find that one a last week) sounds like a punk band that decided to go electronic.
All that said, the structures are distinctly different than most EDM styles, so they present a look into what can’t be done.
I do recall seeing a tutorial with a man playing violin and doing live efx with it as well as recording it.

Well, yes and no. If you have the right Synth instruments and/or FX, I’m sure you can get close. Sonic Pi however currently has fairly limited synths as far as directly emulating acoustic or other physical instruments traditionally used in non-electronic style music

Yes, Robin’s video. I saw it a while ago and forgot it was him. Thanks for the reminder.
I’ve never been able to get synth violin sounds to be overly convincing, but my skills as a synth designer are pretty limited.

It’s hard to emulate the energy of a real guitar without a lot of samples.

if you want to you can use sonic pi with a vst host and you will be able to get some guitars sounds from a vst.

here is an example.

(ah yes of course you have to learn the guitar.)

True, yes. Chris: if your setup can stretch to allowing the use of other software tools along-side Sonic Pi, then using a virtual MIDI port to communicate with other software synths is likely to be the way to get the most ''realistic" instrument sounds aside from just using samples.

I’ve never been a “deep dive” person, unfortunately, so getting to the really cool extras like that was never reached. Also, running into problems with initial setup and not having immediate help or time to sort it out (like trying to get the USB mic as sonic pi input in windows), so my dreams of being a SPi superstar will have to wait until retirement, probably. Until then, perhaps a couple students will latch on to it and make it happen.

I could barely get VST plugins to work with my Turtle Beach Voyetra based studio at the turn of the millenium.

you talk about that ?

Pretty sure I messed up the naming. It was Voyetra Digital Orchestrator and I believe at some point was a Turtle Beach product…

No idea how I afforded a legit copy of it and and the soundcard companion.
It did the job we needed, most of the time.

@iamchrismoran here are a few pieces I’ve made:

They should all have links to the code.

Thanks for sharing @emlyn … those give some great ideas and examples.

I found a few more that I never got around to uploading, so thought I’d upload them and add links:

@robin.newman made so many pieces !

@Eli did some reggae too

Wow, the guitar strumming in Let It Be is pretty convincing to me and seems like it’d easily make for a folk or acoustic rock song.

@nib Wow, more great examples. The reggae/dub one was very cool…
It also got me to @robin.newman 's Bach Brandenburg no 5 which is super impressive!

Moreover, all of these use such different methods, which is really cool and really challenging. There is definitely some deep understanding of Sonic Pi methods that make the difference between hacking a track together and producing a peice.

Thanks for the big-up, @nlb, nice to see your still around.

@iamchrismoran you are welcome to any of the tracks on my Soundcloud as examples,
happy to provide code if you wish, I’d also like it if you showed your pupils:

Whilst it is not necessarily ‘music’… it is a ‘soundscape’ that they might find relaxing, and shows
SP is not just for the rockers n ravers.