Installation Package is not supported by this processor type - Please Advise

I have another student trying to download Sonic Pi who got this error message:
This installation package is not supported by this processor type. Contact you product vendor

This is on a Windows HP laptop. It sounds like it is a computer issue, not Sonic Pi. They would be trying to download whatever version is available on the website. Is there a different version that would be supported? Do I need to find out what type of processor it is? Please advise. Thanks

Please would you indicate which os do you use ? it’s the minimum vital to help you.
Maybe your computer is using a 32 bits version os ?

Ok. Good to know. Thank you.

What version would be compatible with a macOS 10.12.6? I had a student try to use the newest version and it said he needed at least 10.13.
Thanks so much for the assistance!

Hi @mrbombmusic, you could have a look at the list of older versions (if you haven’t already). There should be one for Mac OSX prior to 10.13; I believe I also have a 3.1 (can’t check this right now but will, if you want me to) running on my old Mac, which I will not be able to update.

Thanks @Martin.
I literally saw that post a minute ago and just finished making a quick video tutorial on how to download older versions.

Thanks for your help! This has been quite the learning experience.

Actually I will very probably benefit from your work and the experiences you are making (especially supporting installation under such different circumstances) and posting here!

My plans are to offer a Sonic Pi course starting in summer, when my daughter will go to secondary school. I expect loads of questions which not only concern the coding but also the installation… though I plan to use Raspberry Pi. But I expect also questions concerning Windows for those who want to install it on their own laptops.

I will be happy to share my experience to benefit others.

I am also making several youtube tutorials on different Sonic Pi topics that I may release to the world. Right now they are all private videos for my students to view.

One of the other issues I am dealing with is convincing students and parents that they need not be afraid by computer warnings that installing Sonic Pi could be harmful to their computer. I’ve been trying to be reassuring but don’t feel like I have the right explanation to completely put their apprehension at ease (and right now the last thing I want to do is give them one more thing to worry about!)

One of the other issues I am dealing with is convincing students and parents that they need not be afraid by computer warnings that installing Sonic Pi could be harmful to their computer. I’ve been trying to be reassuring but don’t feel like I have the right explanation to completely put their apprehension at ease (and right now the last thing I want to do is give them one more thing to worry about!)

what they’re seeing is Microsoft’s security system in action.

Unfortunately, unlike macOS, Microsoft doesn’t currently have a notarisation process. This means that before I can properly sign a new macOS release, I first have to send it to Apple so they can verify it (by running it through various automated security and verification processes) and if they’re happy, they stamp it as ok and send it back. I’m then able to release it to the public.

Microsoft have another approach. I sign the installer which guarantees that I created the app and also that it hasn’t been modified. v3.2.1 is the first time I’m able to do this, so this is a significant improvement on previous releases which were prone to so-called ‘man-in-the-middle’ attacks where someone makes a dodgy version of Sonic Pi and pretends its mine. By signing it, the users are guaranteed that the app they downloaded is by me and nobody can have tampered with it.

However, this is all the signing guarantees. It doesn’t guarantee that I’ve not added dodgy stuff inside myself before signing. This is the kind of thing that Apple automatically check for in their notarisation process.

Instead, Microsoft appear to maintain a whitelist of all URLs that link to apps. If your URL isn’t on that list, then you get that warning.

It can take a few days for Microsoft to add you to the list. I’ve filled in a form which hopefully should have sped that process up - but if people are still seeing it, it suggests that their system is struggling to keep up. Typically it should take 2 days and I submitted it on Monday. I guess the world crisis going on right now isn’t helping.

The warning you are seeing is because this version of Sonic Pi is a brand new release, and all Microsoft is doing is letting you know that it can see that it hasn’t been downloaded much yet. (It’s not yet as popular as Zoom!) For those concerned, it’s important to note that v3.2.1 of Sonic Pi is cryptographically signed and therefore guaranteed not to have been tampered with.

Hope that this helps! Happy to answer any further questions

Further info - I tweeted about it here: 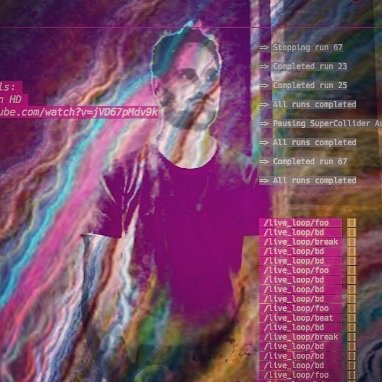 So, despite properly signing the @Sonic_Pi Windows msi installer, releasing it early and submitting it to Microsoft for review, Windows Defender SmartScreen still flags it as if it’s a virus. @Microsoft and @Windows what more can I do to fix this situation? https://t.co/oKAbckLfIm 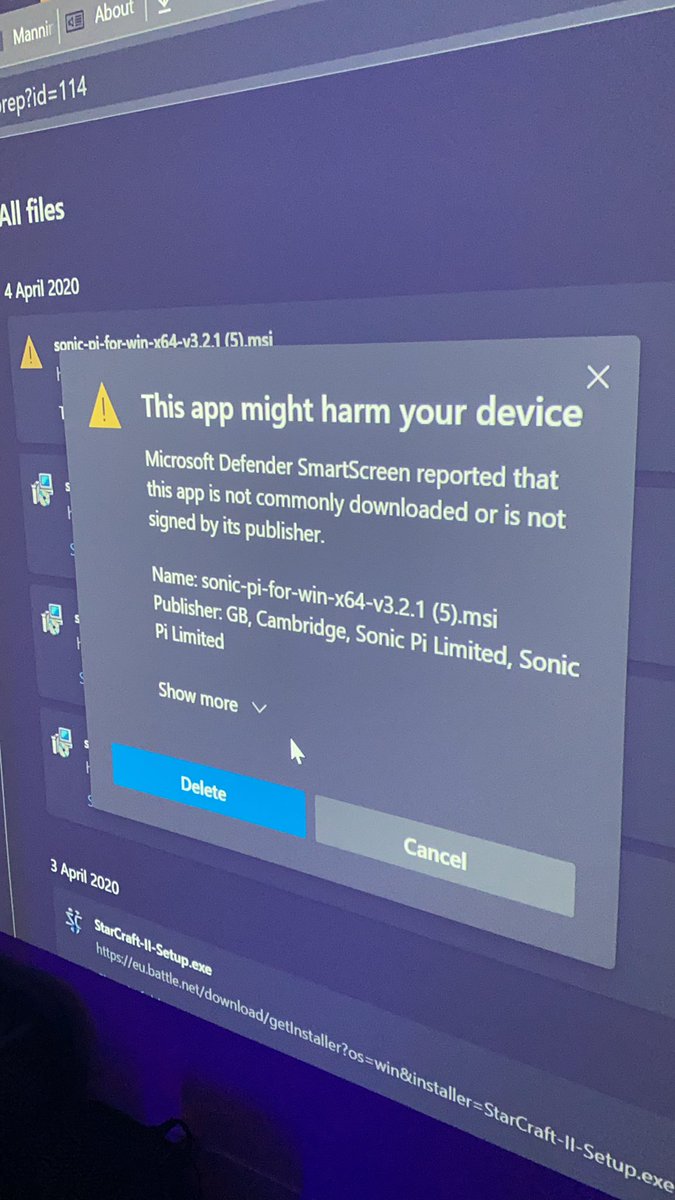 Someone from from Microsoft responded directly and said that because my certificate is brand new, that means that it needs to build up trust first. They also agreed that the messages that are displayed could definitely be improved and have started an internal discussion about it

As with so many things in life…

Corporate wheels always turn the slowest. We’ll get there Sam.

Thank you so much Sam.

I can’t tell you how amazing it feels to be able to raise a concern about an application I use for teaching with the person who developed it, have that concern addressed and then have the issue passed on to a seemingly (at least to me) indifferent company about how it is affecting someone in my position. Then to see someone from that company (big shout out to Scott Hanselman) directly respond with empathy and attentiveness to not only help explain the issue in further detail but to actually move to begin an internal dialogue to how things can be improved for the future has moved me to tears.

During a time when so much feels out of control, feeling that change is possible and that people are willing to help each other has provided me with some much needed reassurance that things can be ok if we continue to work together. Even though this issue is objectively trivial in comparison to what is happening today, to me it means the world. As a music educator who has to convert to teaching remotely for the foreseeable future, my one goal is to be able to provide opportunities to my students for genuine music making as a creative outlet and escape during these difficult times. Sonic Pi is a platform I have chosen because of it is free, works on a wide range of platforms, has a low barrier to entry and high level of creative possibilities. I made this choice long before I ever thought I would have to teach out of my bedroom to students in theirs. Being able to maintain some consistency to my teaching both for myself and my students has offered a little bit of comfort while making this transition. There have been several new obstacles and issues to tend to (as can be seen in the origins of this thread) but you, Sam, and the Sonic Pi community have been so helpful and supportive to assist me in navigating all of this. I feel so proud to be a part of this wonderful community.

Thank you again for everything you do

That’s lovely to read - thank you so much for your continued understanding. Shouldering the brunt of managing worried parents is a huge undertaking and I thank-you for sticking with it.

As extra icing on the cake, I just managed to download Sonic Pi v3.2.1 on my Windows machine and it didn’t flag it as dangerous. I’ve seen numerous other reports that this is the case for them too. So hopefully this situation is a little better (at least until the next release!).

I hope you’re having some success with your remote students and Sonic Pi. On another note, supporting remote learning is something I’m very keen to improve within Sonic Pi (I have a number of ideas relating to remote jamming etc). If you have any thoughts about how changes to Sonic Pi might improve your remote teaching experience, I would love for you to share them here.

Huge hugs from the UK!!!