I just got an Organelle as a present - amazing. The Organelle runs PureData patches, and I’ve been heavily into PureData recently, and had good results integrating that with SPi, so this is going to be great.

Sharing some initial thoughts on integration.

The Organelle takes midi in, so playing it with midi notes from Spi like any other bit of hardware is straightforward. But it lends itself to playing directly. Lots of the built-in patches use a sequencer (seq3) which is free-running normally so you use it much like a looper pedal: arm it to start recording, play notes, hit a button to stop, from there on it loops.

This sequencer can receive midi clock and that works with Spi. In this mode the playback is quantised to a quarter note. That’s OK, but a bit of a compromise as that’s not always what you want. But without that, the loop will inevitably start to drift out of time because you can’t hit the button perfectly in time. However, seq3 has a useful feature that it will restart each time it gets a midi start message - so from SPi you can send out a midi start every so often (few bars, say) and it kicks the loop back into sync.

This is a technique similar to that I used for integrating a ‘free-running’ VCV Rack - which would also tend to drift out of time because although its clocks have an apparently strict tempo they can drift out of time when the PC glitches to do some OS operation.

For me that’s a nice mode of in-the-moment playing + locking in time, with a bit of organic variability.

This is just a first pass, so I may find other ways. Anyone else got any experience or tip - pleased to hear them!

I’d not heard of an Organelle before, interesting!
It’s good that it has a way to restart so that you can resync if necessary.
Looks like fun regardless

Do continue to share your progress and your thoughts as you spend more time using it, if you can. It’d be fun to see a little video demo if you’re up for it

Thanks Ethan. When I started this journey, I began with DAWs - that was the most obvious thing out there. They are great and necessary tools of course. Interesting to learn and use but not ‘fun’ as such.

Things like Sonic Pi and now this Organelle are definitely at the fun end of the spectrum. As well as being great tools, more like instruments IMO.

I’m not set up to record live videos but I can see the merit in that. I nearly did - I bought a tripod for the phone but it fell apart. Hard to find an actual quality one - they all seem to be cheapie specials or incredibly expensive.

Not a techical video, something I did for instagram, but it’s a little sweep of my ‘portable, live’ setup. I tried it last night (still over zoom at the moment) and it worked a treat. Sonic Pi is the solid rhythm section, I have a puredata-based wububy lead synth played from the keyboard or put on loop, and the Organelle sync’d up and adding spice. It worked, and was very playable in the moment. The midimix in the picture is controlling the puredata synth, which has a lot of parameters. But equally could control SPi, I’ve not decided yet - I’m happy enough to type at the keyboard for that - and that gives maximum options. 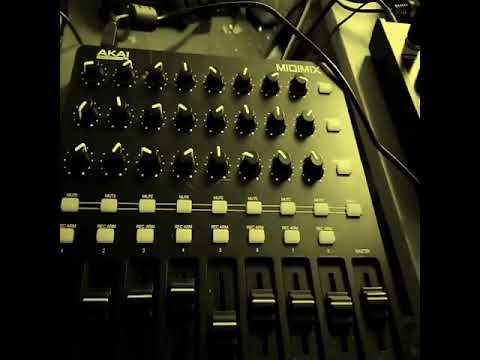 Love it! Thanks for sharing

Ha ha! Thanks. As I say, lots of fun making music this way

I should add the recording is live - i.e. the PC and Organelle are going into a conventional audio mixer, recorded as one track in Reaper with no FX.

You can’t hear my band mates who where playing over zoom, just my side.