I’m currently developing the theory of my music algorithm alongside its implementation. I think this theory could be a starting point for other composers and musicians, so I’m eager to publish it.

My question for discussion is: what relationships exist for polyrhythmic textures? Is there anything comparable to a chord in terms of layered durations, or are there rules to ensure rhythmic independence, or (as the title of this post suggests) is there a notion of rhythmic consonance or dissonance? The less of my algorithm I leave to pure chance, the more consistent the quality of its output. Because there are evidently some rhythms that sound good together and some that sound awkward.

Some terminology I’m toying with for this discussion:
Tick - an atom of abstract time (versus a unit of concrete time, e.g. the second)
Span - a unit of abstract time, comprising ticks, the first of which is accented (e.g. 4 ticks in a span)
Rhythm - a permutation of spans adding up to one measure (e.g. for a measure of 16 ticks, the following are some of its rhythms: [12,4], [8,8], [4,4,8])

Feel free to use traditional terminology: e.g. I heard somewhere that layering eighths on top of quarters is like a parallel fifth in harmony.

Here’s one idea I just thought of: syncopation.
I.e. two rhythms syncopate if a beat in one occurs where there is no beat in the other.
E.g. [2,2] and [3,1] syncopate.

Is there anything comparable to a chord in terms of layered durations, or are there rules to ensure rhythmic independence, or (as the title of this post suggests) is there a notion of rhythmic consonance or dissonance?

I have no idea whether you had something like that in mind, but nevertheless, this is an interesting perspective: Polyrhythms: a presentation of Adam Neely about how the harmony of the spheres, Isaac Newton, and polyhythms are connected at Berlin, Ableton Loop, March 27, 2018

How are the Harmony of the Spheres, Isaac Newton, and polyhythms connected? Strap in for a journey with musician Adam Neely.

Hi, this is really really interesting, thanks for sharing! Getting all sorts of ideas as I watch.

Polyrhythm Pattern Generator • Design Your Own

Use with care: polyrhythms are capable of inducing trance after a prolonged listening!

Thanks for sharing! Playing around is helping me understand what I heard in the talk earlier.

One takeaway from the resources above is that simple polyrhythms sound better. A ratio of 3:2 is not just a pleasing composite rhythm. You’ll even hear a perfect fifth if you speed it up fast enough. So there’s rhythmic consonance, or simply consonance.

Now to figure out how to implement this!

Now to figure out how to implement this!

Not with equal temperment ,
that ’ s for sure …

Haha, true, I’d probably be making use of the just tuning provided if I were to go all the way down that path.

For now however, I only plan on using polyrhythms for rhythm, going nowhere near a 20Hz tempo, and keeping my space-domain (i.e. frequencies) distinct from my time-domain (i.e. rhythms).

Recently I have been investigating (and experimenting) the concept of “harmonic polyrhythms”, called also “Just Intonation polyrhythms”; that’s basically what is described by the video that @Martin posted.
You can watch a short video introduction in this video byt the same author: Harmonic PolyRhythms.

As far as I know, I don’t think there is a deep formalized theoretical study but you can find some introductory informations at XenRhythmic.

me again. Interestingly I first encountered these ideas around the transition from rhythm to pitch, time to space in Stockhausen’s Four Criteria of Electronic Music. He there takes somehow another route but the central idea of a continous universe where timed events transform into rhythm transform into pitch is already a central part of his thinking.

(To not arouse the suspicion of being ingorant of the historical dimension: of course the Stockhausen text is already around 50 years old and also Neely refers to several historical sources so the exact chronology of the appearance of these ideas remains in the dark for me.)

I was a physicist originally so I can say that the idea of using oscillations to describe all manner of things is everywhere. A standard toolkit, but with all kinds of fascinating connections. Let me throw these to expand on the harmony of the spheres thing… 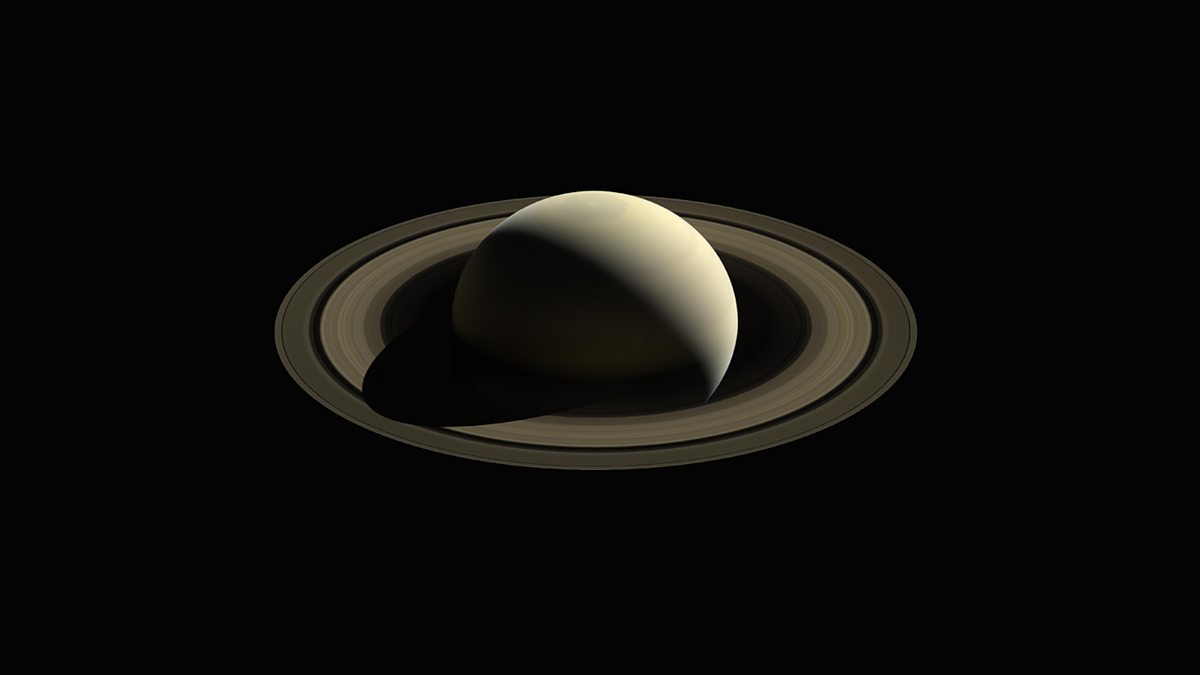 BBC Radio 3 - The Essay, Music of the Spheres - Episode guide

All episodes of Music of the Spheres 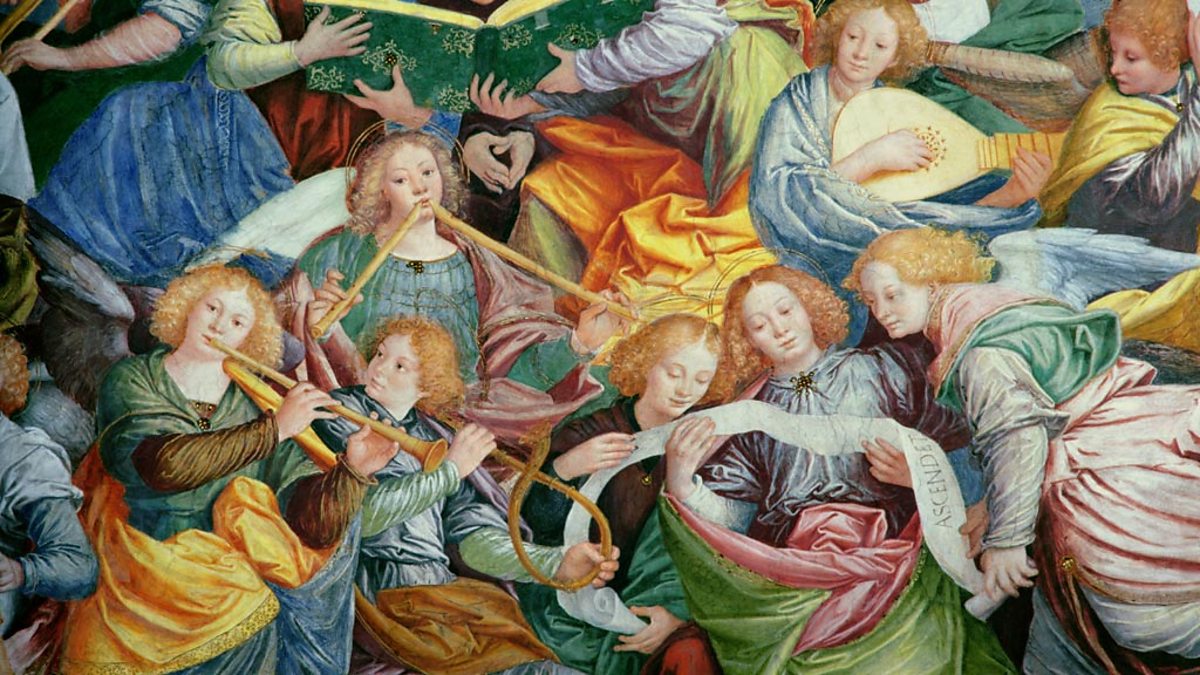 BBC Radio 4 - In Our Time, The Music of the Spheres

Melvyn Bragg explores the ancient astrological idea of the music of the spheres.

What I always like is when people talk about the beauty of the maths of musical system (that’s maths not math btw)…oooh ah-ha it all fits so beautifully…and then skip over the irratating business of the pythagorean comma. Almost, but not quite, as he says - but let’s not bother about that. Why let a little detail spoil such a lovely idea?

I think you should build that detail into your system. How about a 2:3 rhythm where one of them is slightly off? There are all kinds of temperaments not just ‘just’ and ‘equal’ - a whole world to explore.

As soon as I read sligthly off I immediately thought of the works of Steve Reich.
Piano Phase Visualization.

I’m going to explore each of these resources you’ve all provided and have something thoughtful to say! (I am a fan of the Stockhausen I’ve heard, definitely a big fan of Steve Reich, and yes, I see that math and reality deviate significantly enough. (And yay physics! I was in undergrad mechatronics engineering for 2 years before I dropped out, and I’ve been interested in physics from since I was a child.))

An update:
In order to work with the constraints that my program currently needs to coordinate the system every measure to maintain it as it evolves, and also that ticks are the finest unit resolvable in my performance implementation, I’ve struck a compromise with Euclidean rhythms. I’ll paste some notes here. I think it’s helpful to have the space-domain to compare to, and I’ll also define “system” for my program.

And for an overarching vision for my program, here are my opening thoughts (bear with the one new word in my entire report):

I really like where this discussion is at, because one can easily imagine a freer general system, of which this restricted system is a special case. Those beat counts in my time-domain for instance? They could be evenly spaced. (Which would yield perfect ratios however.)

Fundamentally, there’s a divide between a discrete digital approach (which I’ve chosen) and a continuous analogue approach. Keeping with the digital approach, if I expanded my space-domain to include every Hertz from 20-20000 and my time-domain to be the least common multiple of every number up to say 1024, I could approximate analogue phenomena like actual rhythmic consonance. (I would prefer to use integers because they’re exact.) By that time, the two domains would merge. Honestly, it would be another project

Thanks for starting this thread. In terms of the research that’s out there I think it’s fair to say that a lot of these ideas are good starting points for exploration but there’s not much consensus on a theory of rhythm that’s totally rooted in how we perceive things. That’s a fancy way of saying - take everything with a pinch of salt!

Some things to be aware of - Euclidean rhythms (from the work by Toussaint and others) are already implemented in Sonic Pi as the spread function. Lots of mileage in there for making cool rhythms.

In terms of your original question about rhythmic “consonance”, I think that’s a nice way of framing it. My personal research is leaning towards the idea that it’s not necessarily about integer multiples (e.g. 3:2, 5:4 etc. like Adam Neely refers to) but more about the general idea of how long a pattern takes to repeat itself (called the fundamental period in signal processing). The latter definition is a bit looser and accommodates a wider variety of rhythms that sound appealing.

Another thing to think about with rhythm is to classify it into “high” and “low” states (e.g. bass drum, snare drum) which is described in this paper ISMIR 2020: Bistate Reduction and Comparison of Drum Patterns ISMIR is the conference for these kinds of ideas and questions so I’m sure you’ll find stuff there to keep you busy for years.

Finally there’s a probabilistic interpretation of rhythm by David Temperley in his book Music and Probability Again, this is a nice model but it’s not the final word on rhythm by any means

Hope those are useful!

Thanks for joining the discussion! Ah yes, I’m aware of the spread function, which is how I plan to implement Euclidean rhythms.

My initial attempt at quantifying rhythmic “consonance” was to multiply the terms of the ratio, with lower products corresponding to simpler and thus more consonant rhythms. Your latter definition is interesting! The same product (for a ratio reduced to lowest terms) gives us the period if I’m not mistaken, which should be longer for a more interesting rhythm? I think there’s a sweet spot (and range) for this product, if my initial thinking here is correct.

Will explore these resources! Thanks!

Another aspect of these questions is culture .
The best example I can think of is the Gamelan
scale . I am sure it is pleasent to play and listen
to with the proper backround , but rather discordant
to others . 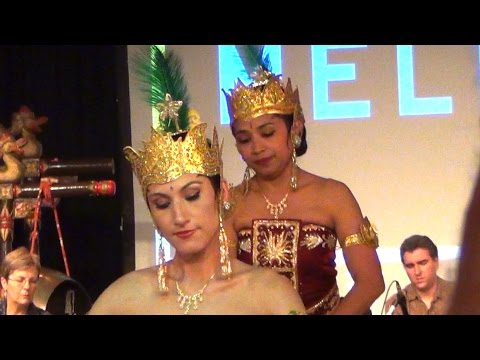 Gamelan scales, known as Slendro and Pelog, are definitely fascinating.
They have a lot of regional tonal differences but Slendro usually have 5 tones, Pelog 7 instead.
IIRC, they’re used in different setting/rituals/times of the day.