I have an Akai APC mini controller that I use with Sonic Pi and over the weekend I spent some time polishing the utility functions I use, in order to share them, in case someone finds them useful. I guess it would be possible to make it more generic to support more controllers, but since it’s the only device I have access to, and all I know about MIDI is what I learnt to write this, I thought I’d better start with something completely coupled to this model, and then maybe extend it in the future.

Usual disclaimer, It Works On My Computer [1], etc. Any feedback is welcome, and I hope it helps someone. Also, thanks to everyone that ever wrote anything about the MIDI topic on this website, I have probably read your post over the last weeks and it sure helped me 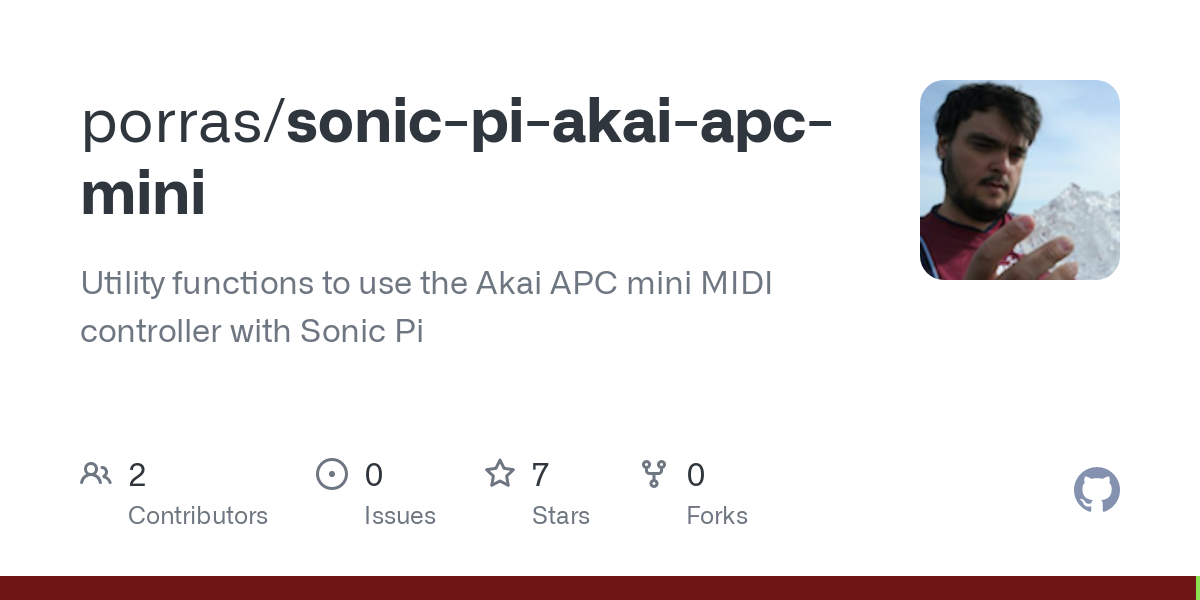 GitHub - porras/sonic-pi-akai-apc-mini: Utility functions to use the Akai APC...

[1] And as you can read in the docs, not perfectly

Thanks for sharing! And congratulations

I will try asap
Again bravo !

That’d be very kind! I’ve tested it in a grand total of 1 computer so I’m afraid of having some tiny detail completely coupled to it (e.g. the name of the generated MIDI events). Knowing what can change in other computers would be very helpful. Please feel free to file issues in the repo if something is broken in your setup.

may i suggest you to add an example file we can load, something like start.rb with the minimal code to get some sounds quicky and show us the main features.
Actually i own an AKAI Professional APC Key 25. Do you think it will work ?
Thanks

@nlb - have you seen David’s Fiddle’s YouTube video/blog post about his APC key 25 Sonic Pi script?
(A few years old now, but should hopefully not be broken! It wouldn’t be too hard to get it working again regardless) 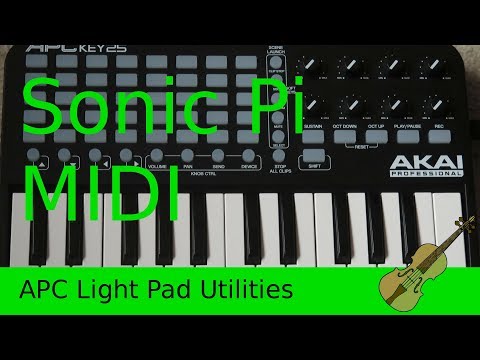 Great idea with the example, I’ll do that asap.

I think it wouldn’t be difficult to modify the code so that it supports more controllers, but I don’t think it would work “as is”. In the way I see it, the initialize_akai method could accept a parameter to select a model, which would configure a number of things that need to be slightly different:

So, to summarize, most of the code could be reused, but not exactly as it is, and I don’t have any other device so it’s kind of tricky for me to implement it

If you happen to modify my script to make it work with your device, I would be very happy to get your changes and work on a single version that works with both models.

If you happen to modify my script to make it work with your device, I would be very happy to get your changes and work on a single version that works with both models.

i guess you talk about the midi port Name ?
Indeed it will be better if they were stored into variables

i guess you talk about the midi port Name ?

Yes I meant the midi port. Showing off that I know close to nothing about midi

Thinking about it, I think that information should be enough to give it a try. I’ll probably have some time next weekend. May I ask you to check your device for the following?:

That would be super helpful!